THE HISTORY
OF NASHVILLE

To learn more about Diane Nash and the Nashville sit-in movement book the Civil Rights Walking Tour of Nashville.

Nashville is known foremost as a country music paradise, so the average person knows very little about Nashville’s thriving African American culture. Although most people associate the name, Music City with country greats and the Grand Ole Opry, the Fisk Jubilee Singers were the reason Nashville was given this name.

Today, the population in Nashville is 28 percent black or African American. On a walking tour with United Street Tours, you’ll take the path less-traveled. And in turn, you’ll discover the full story of the Music City. To learn more about our walking tours click here.

The first permanent European settlement in Nashville took root on the cliffs by the Cumberland River as far back as 1779. It was James Robertson who allegedly founded Nashville proper when he led his group of pioneers down the valley. About 300 pioneers made the dangerous trek to Nashville, including approximately 30 displaced Africans as slaves.

Slavery was a system with many complexities. Africans were taken from their homes, sold in staggering numbers, and brought to the New World. According to the Smithsonian, in Africa today, 140 embarkation ports still exist that were used for the slave trade. Europeans initially landed in Africa in search of gold. However, European nations such as Portugal, Spain, France, Holland, and England’s attention turned to slave-seeking expeditions leading to approximately 12.5 million people being trafficked from Africa to America between the 1400s and 1800s.

As in much of America, black people arrived in Nashville chained. Slaves were stripped of their history, culture, and heritage and were forced to expand economies through forced labor. In Nashville, both slaves and free black people were present from the start, and the system of slavery continued to grow following demand. But, until recently, most accounts about early American history as it relates to black life and culture have remained a side note and not at the forefront of history. The United Street Tours team is proud to announce that from dedicated research, we have uncovered fascinating educational stories about the black experience in Nashville. We are eager to share with you the names and stories of those first Nashville African Americans on the Black History Walking Tour of Nashville. 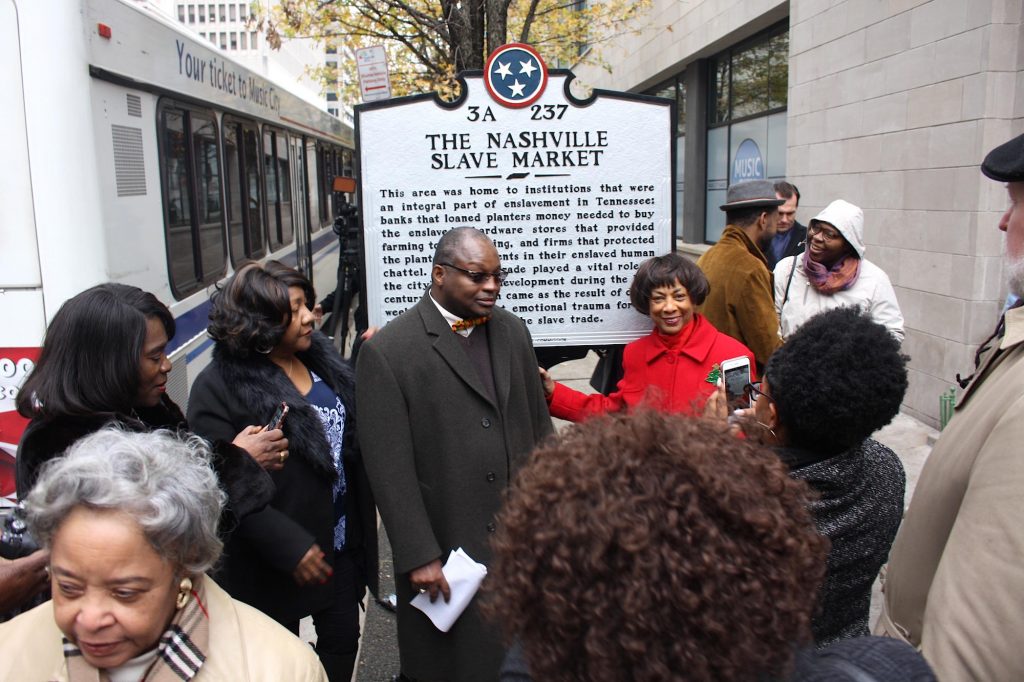 Shown in the photo is the new Nashville Slave Market Marker, a stop on the Black History Walking Tour. To learn more about this tour, click here.

THE CIVIL WAR in nashville

Nashville has a rich civil war history. Historic civil war sites and attractions dot the Nashville landscape and serve as markers of memory. They tell tales of a time when the state of Tennessee seceded from the Union and sided with the Confederate States of America.
Like all the states that rebelled against federal interference,  they had one thing in common: they were reliant on slave labor to sustain their plantation economies. The national question was put forth, and Tennessee declared itself a slave state, ultimately joining the confederacy. In 1862,  Nashville became the first Confederate state capital to fall to the Northern armies; the occupation lasted until the end of the war in 1865.

Black people built Nashville’s Fort Negley during the Civil War. Construction began in 1862. Union Army officers then viewed the mighty fortress as a show of force. Today, the fort’s original purpose has faded. Its enduring story now belongs to the black slaves and freedmen who were given no say in building it.

In 1862, the Union’s Army encircled Nashville’s black churches, arrested black men and women, and took them to the construction site with tools. By the project’s end, the army owed black people and some “loyal slave owners” over $86,000 in wages.

Shown in the photo is the front entrance of Fort Negley.

Many people wonder why Nashville, TN is important to Civil Rights History. The Civil Rights Movement in Nashville marked a time when local college students entered Kress (now KMart), Woolworth’s, and McClellan stores at 12:40 p.m. in downtown Nashville. After making their purchases at the stores, the students sat-in at the lunch counters. This was February 13, 1960, twelve days after the Greensboro, North Carolina sit-ins occurred. Despite being denied service, the students continued the sit-ins over the next three months.

The first violent response to the protests came on February 27. The students that day were physically assaulted by a white group who opposed desegregation. Law enforcement arrested eighty-one people; however, not one of them included one of the attackers. Those detained were found guilty of disorderly conduct or disturbing the peace. Rather than pay fines, every single one of them opted to serve time in jail. 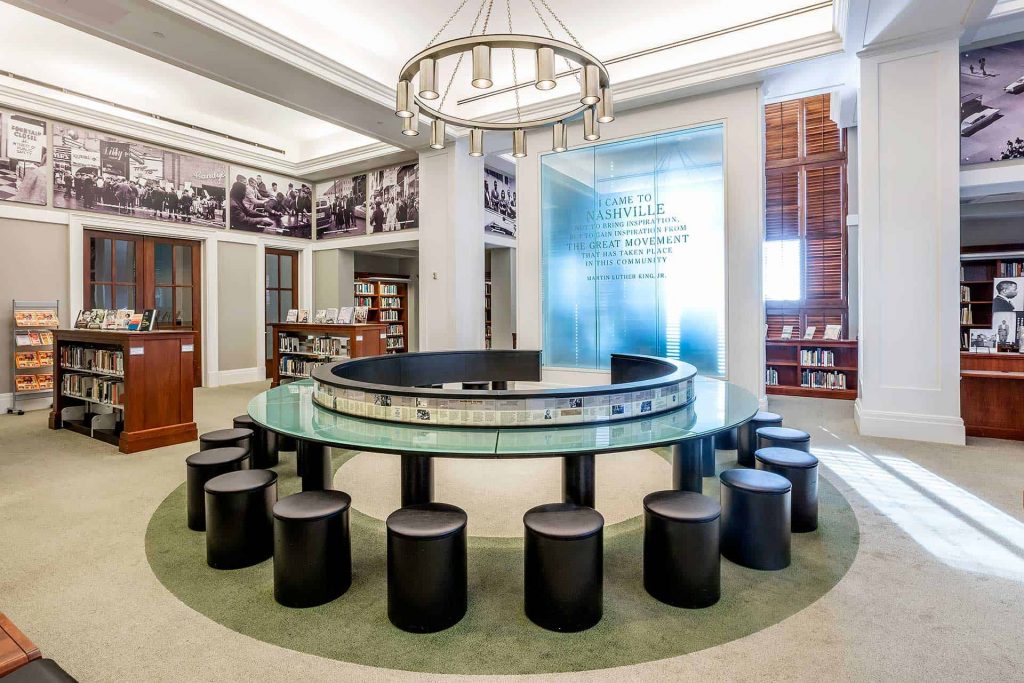 Shown in the photo is an inside look into the Nashville Civil Rights Room. For more information about touring and programming at the civil rights room with United Street Tours, contact us.