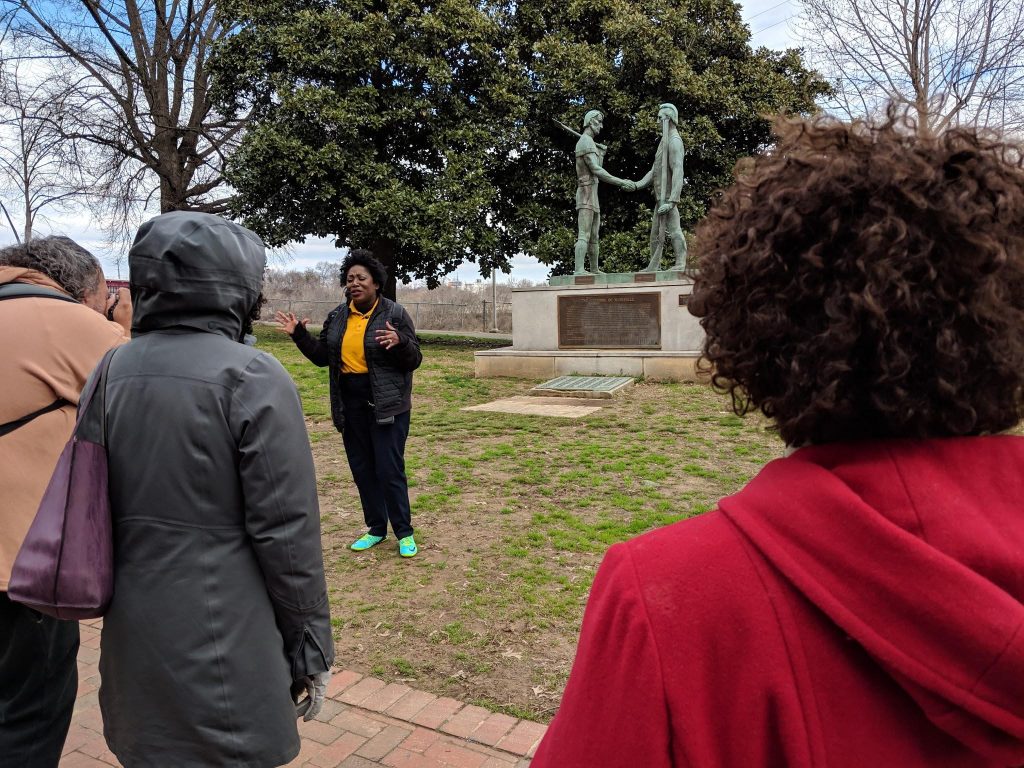 It is a cold Monday afternoon. A frigid wind whisks through the streets of downtown Nashville, blowing coats and sending tourists scrambling into one of the nearby restaurants to get warm. Yet the weather could not deter a bubbly tour guide, Chakita Patterson, who marched through the streets as if she owned them. Dressed in sharp golden yellow and black, a small group of her tourists trailed behind her.

United Street Tours, a walking tour company that prides itself on “tours that celebrate diversity,” was founded by Patterson herself. She recently opened a new tour exploring Civil Rights in Nashville. The cheery Patterson lead it.

The tour walks for about a mile in a circle down Broadway, then left parallel to the river down 1st and 2nd Avenue, with a final turn ending up at Woolworth on Fifth, an esteemed restaurant where the historic African-American sit-ins took place during the 60s.

Though several of the half-dozen locations along the tour reflected the Civil Rights movements – such as the standoff between Diane Nash and Mayor Ben West on the steps of Nashville’s City Hall – others left harrowing gaps by not addressing African-American history, which Patterson explained with a significant tone.

One example occurred at Fort Nashborough, a recreation of a wooden fort built by Nashville founder James Robertson. Though plaques dotted the fort, Patterson pointed out, as the tourists themselves realized, that there were hardly any mentions of slaves or women.

“Imagine how I, as a female black fifth-grader, would have felt seeing this,” Patterson explained. “What would I have to reflect on compared to a white male? There weren’t any stories shared about anyone who looked like me.” She continued to share the story of a slave named Robert, who died protecting his slave owner, James Robertson. “What if that​​story was shared here? Fifth graders would have had a lot more to reflect on.”

The tour ended, on the second floor of the Woolworth restaurant, overlooking the now-renovated location where the sit-ins took place. Patterson closed by asking the tourists what they had to reflect on. “I learned a lot,” said one, “A lot about all these things I never learned about.” Another school-aged tourist said, “I wish they were teaching me this stuff in school,” which was met to a smattering of laughter.

United Streets Tours will provide the tour from February to November. Tickets are $67. Booking is available on​ unitedstreettours.com.

This blog post was written by Eric Crittenden, a journalism student at Tennessee State University, as a post-tour class assignment with Professor Natalie Bell. It was written on February 20, 2019.

Hi – My name is Chakita Patterson